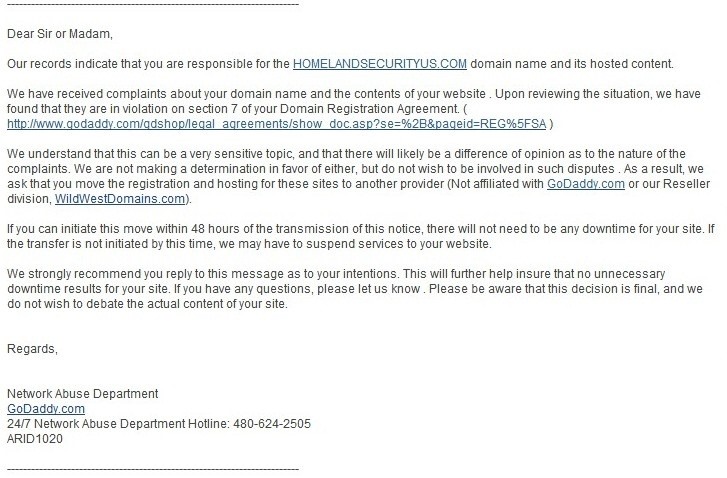 A political website that contained stinging criticism of the Obama administration and its handling of the Fast and Furious scandal was ordered to be shut down by the Obama campaign’s ‘Truth Team’.

On Monday, Obama sent a letter to the Speaker of the House declaring a national emergency “to deal with the threat posed to the United States by the risk of nuclear proliferation created by the accumulation in the Russian Federation of a large volume of weapons-usable fissile material,” according to a post on the White House website.

INDIANAPOLIS -- A Southside Indianapolis man is furious with an agent at a TSA checkpoint at the Orlando airport after she insisted on opening a jar containing the man's grandfather's ashes, then spilled part of them on the terminal floor.