As you may have seen in your city or town, red light cameras are on the rise in the United States. In many instances in my area, these cameras have sprung up seemingly out of no-where, and mostly without any reason. Over use of these systems can make privacy (even on the road) a fleeting possibility.

Acc­ording to the Insurance Institute for Highway Safety, 22 percent of all traffic accidents in the United States are caused by drivers running red lights. But how do they help? 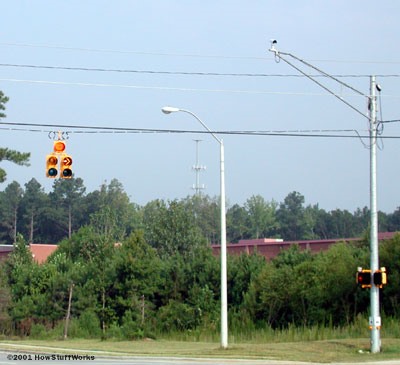 These cameras are built to be automatic, 'speed sensing' systems that document and monitor major (and minor) traffic intersections to enforce the law. The cameras take pictures of violators and the city sends them their ticket and usually a photo accompanying it. These cameras aren't as sophisticated as one my imagine. They consist of three parts:

The cameras are usually  positioned near the red-light box themselves, but may also be installed on separate poles. There are usually four per intersection to monitor all sides of the area.

As said before, the system is made up of the trigger, camera, and computer. It all starts with the trigger. Have you seen these on a road before?

That is where the trigger is installed. The trigger is basically a wire that is attached to a computer. When the trigger senses that a car is speeding through, it tells the computer which then tells the camera to snap a few pictures. Clever? Is as simple as this could get. 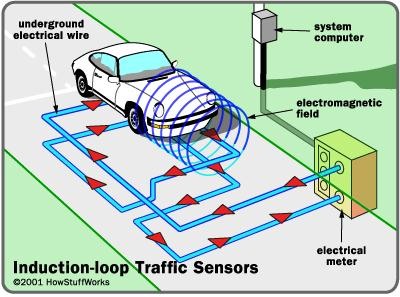 Now, the computer is by far the most sophisticated part. Usually, it isn't turned on when the light is green or yellow. It does turn on when the light becomes red. Until then, it ignores all inputs that the triggers send. When a light is red and you run over the triggers, the camera takes in the input and takes the pictures. 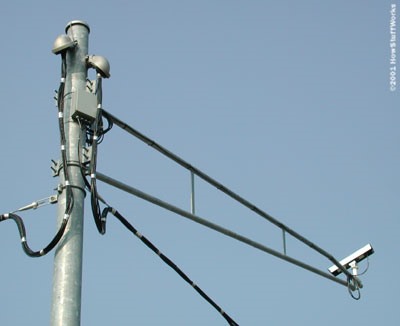 The camera is activated when the two triggers are activated in quick succession. It takes two pictures: one right when the car enters the intersection, and one when its in the middle. In addition, the computer calculates the following:

All this information is sent to the owner of the car, and sometimes addressed to the person driving the car (hence the two photos).

So the next time you think about running the light, just time yourself correctly. Just kidding. Use your head and think about what you learned from this article before doing so.