In the first part we differentiated the two types of control, mental and physical. In part 2 we will dig deeper into Physical crowd control and analyze examples that are present today.

This is the easy one. Wikipedia says: Crowd control is the controlling of a crowd, to prevent the outbreak of disorder and prevention of possible riot.

It's a good and concise definition. But as said before, it's only scratching the surface. Physical crowd control has been used countless times, and desperate times have called for desperate measures. As it's use progressed, the law enforcement decided that brute force will not cut it. It has Constitutional and moral set-backs and is a great case to fight against. 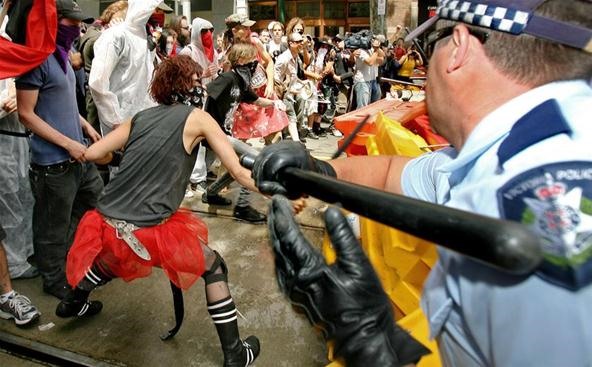 They have, in response, invented strategies and techniques in the form of formations. These formations are designed to corner the crowd to minimize its ability to move and respond. Here are methods they use.

Kettling is synonymous with what it's named after: the kettle. To understand this method, take a look at the kettle. It is still a controversial tactic, because it removes the protestors freedom to protest, access to food, water and restrooms.

This involves the police sitting on the sidelines, watching the protest take place. They will not interfere. This depends on the length of the protest, the level of disruption to others, police resources and the political climate surrounding the action.

This involves the police talking to the protestors to try and change their actions and/or path, thereby affecting the nature and outcome of the protest. The police may ask politely from the sidelines, or say that non-compliance will result in jail time/arrest.

This involves using police force/resources to contain the protest to a limited area. These may include:

The police, funnily, tend to use the law when they feel it will help their goal to end/contain the protest. This is an interesting and intimidating tactic that corals the crowd/individuals to re-think their stance.

Police may choose to disperse a crowd rather than arrest individual members. Dispersal may be achieved by batons, horses or weapons. Police may use dispersal when they don't have the the resources to engage in mass arrests. Dispersal tactics sometimes appear to be designed to punish protesters. 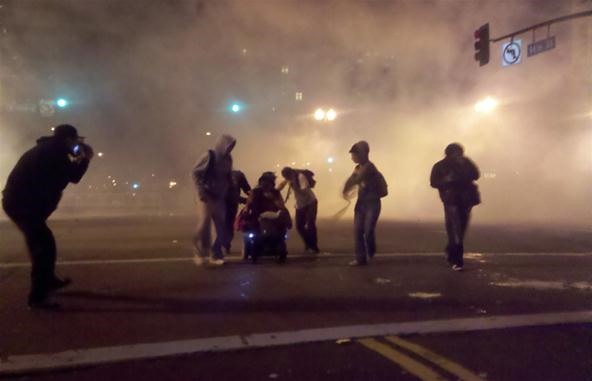 Reasonable force here would depend on the circumstances. This is one of those subjects where there isn't a clear black and white difference. Basically, the police is authorized to use force that the average person will agree is legal for that situation. 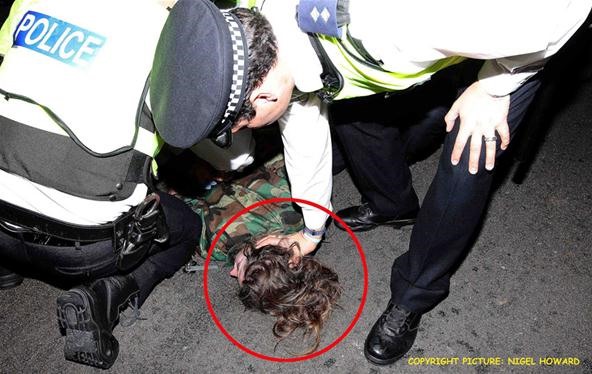 ^ That by the way is totally unreasonable.

Why would the Police react in a certain way?

There may be many reasons for the police to react in a certain way. These may include:

Hope you learned something new with this article! Mental control is up next.